And his name is Talos!!! 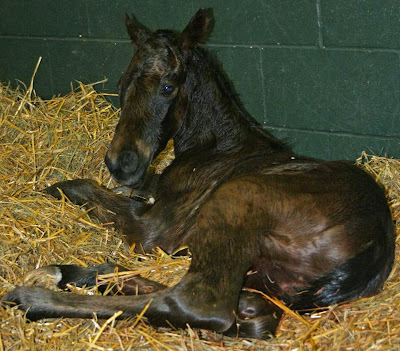 I look forward to meeting you all!!! 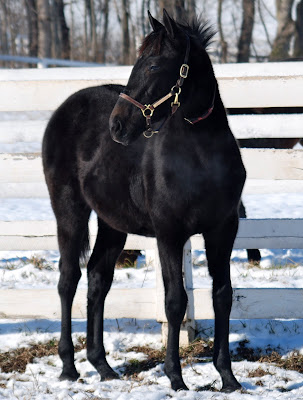 This is me, Silver Phoenix, at 10 months old in Kentucky.....Getting closer to racing :) I should be heading out this fall to start my racing career:) 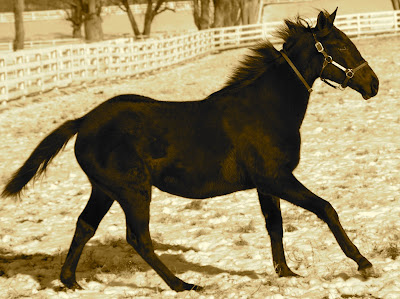 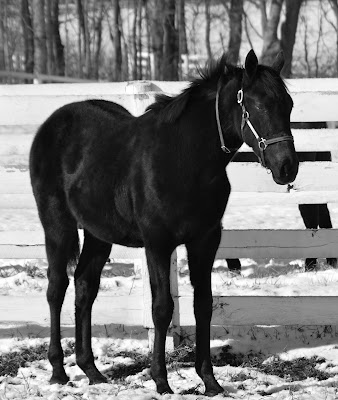 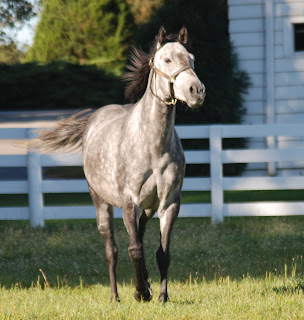 Secret Ta Gold gave birth to a beautiful brown colt on March 5th at 4:30 PM. He is named already, and as soon as The Jockey Club approves the name we will post it here with some photos. He is a son of 1994 Kentucky Derby winner Go For Gin. Go for Gin also placed second in the Preakness and Belmont Stakes. He got on his feet more quickly than most foals do, so the farm told us. Both mother and baby are doing wonderful and he should get an opportunity in the next week to go out and stretch those long legs. I will give a big hug to Secret and her new baby boy when I see them next:) Stay tuned for more to come....

Since I don't have any photos of him yet, I have attached a photo of his sire. 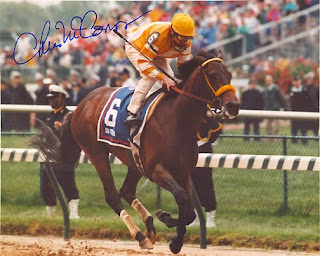 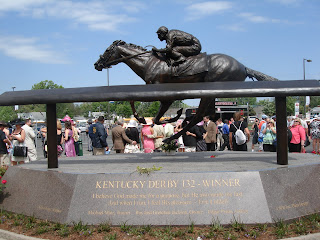 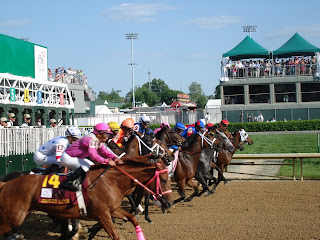 Best Kept Secret Racing LLC took a very special girl and her family to the 2010 Kentucky Derby in Louisville, Kentucky on May 1st, 2010. We had a wonderful day despite the rain. The weather cleared up like a dream just for the special race. She was one of Secret's former Make-A-Wish children who Secret gave a wish enhancement to. Go For Gin (the sire of Secret's 2011 foal) still holds the fastest Kentucky Derby time of 2 minutes, 3.72 seconds on muddy or sloppy tracks even after the 2010 Derby. We even got a chance to visit Darby Dan Farm and see the sire of Silver Phoenix, Repriced. This is one very special family and Secret sends love and best wishes to her brother who leaves for the Army soon. May he be safe and come back to us very soon. We love you all. Thank you for honoring us with your company. The day was magical because you were there. Keep smiling.
Posted by Best Kept Secret Racing LLC at 7:21 PM 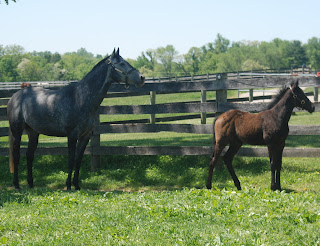 Just wanted to let all of you know that I saw a little heartbeat today and am pregnant again:) My 2011 foal will be out of 1994 Kentucky Derby winner Go For Gin:)

We are all happy and Silver is doing wonderful..... We have a real family now...Stay tuned for my babies at a racetrack near you!!! 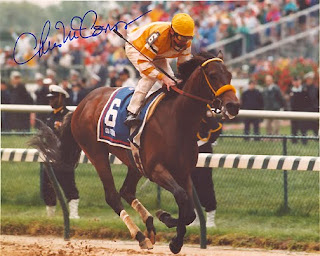 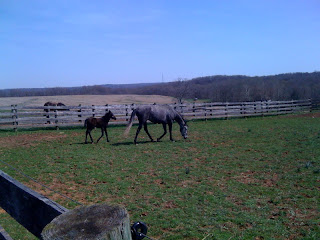 I wanted to wish you a very happy holiday. Silver and I are in Maryland. Today is a very special day for me too. I was bred on Passover and Easter Sunday to 1994 Kentucky Derby winner Go For Gin. All went well and we will know in about thirty days if I am officially pregnant!! My daughter Silver Phoenix is doing wonderful at six weeks old. Life is wonderful and we will keep you posted as new news comes along. Marc's book is coming along nicely and we will have exciting news to report shortly!!

GO FOR GIN ducked out after the start forcing TABASCO CAT into BROCCO, quickly reached contention when straightened away, took over entering the backstretch, was well in hand while
managing a clear lead into the upper stretch, drew off quickly when roused, then held sway while drifting out in the final sixteenth as his rider took hold nearing the wire. STRODES CREEK,
allowed to settle into the backstretch, angled out while rallying leaving the far turn, then finished well to best the others while racing six wide. BLUMIN AFFAIR commenced his rally approaching
the end of the backstretch, made a run from between foes nearing midstretch but failed to sustain his bid. BROCCO, squeezed back at the start, moved within easy striking distance entering the
backstretch, loomed a strong factor inside the leaders entering the stretch then weakened under pressure. SOUL OF THE MATTER, outrun to the far turn, made a mild bid between rivals through
the upper stretch and flattened out. TABASCO CAT, forced into BROCCO at the start, quickly reached a striking position outside horses, remained a factor after moving inside on the second turn,
but gave way in the drive. SOUTHERN RHYTHM broke to the inside and was outrun for a mile, then failed to threaten while finishing seven wide. POWIS CASTLE came out after bobbling
at the start putting HOLY BULL in tight quarters, raced forwardly until the upper stretch and tired. MAHOGANY HALL, never close, clipped the heels of MEADOW FLIGHT after entering
the stretch and stumbled badly. SMILIN SINGIN SAM lacked room after the start, advanced steadily approaching the far turn to make his bid but was finished entering the stretch. MEADOW
FLIGHT was finished early. HOLY BULL, in tight after failing to break alertly raced within easy striking distance to the far turn, then tired badly. VALIANT NATURE, away in good order,
took up sharply along the inside racing into the first turn to aviod clipping heels, then gave way readily. ULISES showed speed until near the end of the backstretch and stopped badly.
Scratched- Kandaly was scratched after the fifth race because of track condition. All wagers in the straight, place, show, exacta and trifecta pools were ordered refunded. All pickthree
and pick-six wagers involving Kandaly were switched to the favorite, Holy Bull.
363 nominations.
Medication: L- lasix
Equipment: b- blinkers
Go for Gin 120th
May 7, 1994
Posted by Best Kept Secret Racing LLC at 11:11 AM

The Birth of Silver Phoenix..... 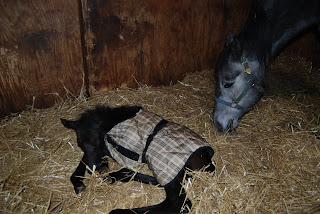 Secret Ta Gold is overjoyed to announce the birth of Silver Phoenix. Her gray filly by Repriced (1988) was born on February 24th, 2010 at 12:15 AM. Marc was there to witness the birth:) Silver is a horse strong of both spirit and stature. Reminds me of someone I know...We will continue the work we started together...the three of us. Please stay tuned for more pictures and posts in the weeks to come....